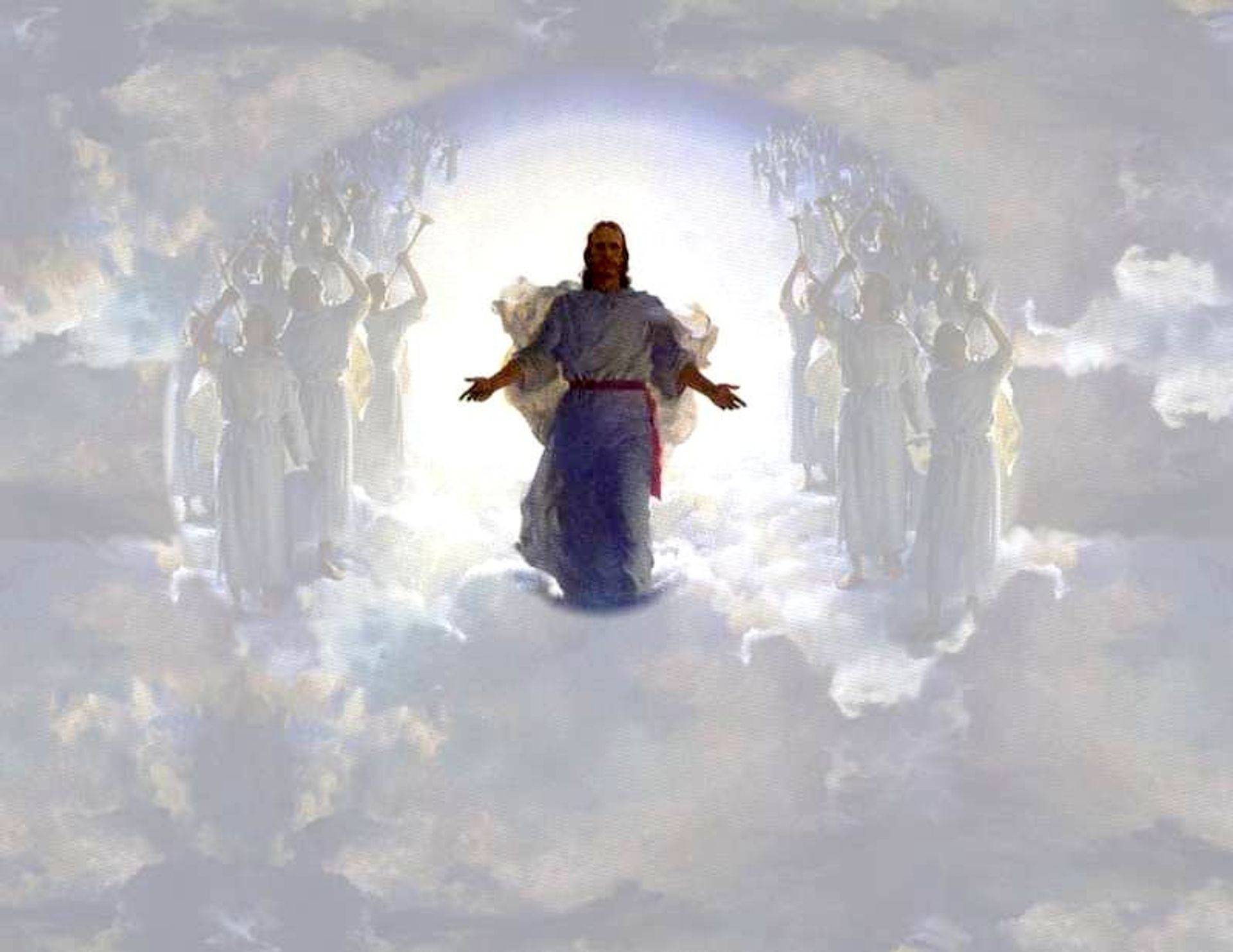 Recently Featured Articles Of Significant Importance
The Reason For the Indoctrination and Dumbing Down of Americans Is Now Obvious: There Is No Pandemic, Only Fear  by Gary D. Barnett  07/17/2021
The War You Don't See  (Documentary with Article)  by John Pilger  04/10/2021
The Dimming, Full Length Climate Engineering Documentary (Video)  Geoengineering Watch  03/10/2021
The Case For True Religion And Revolutionary Repentance  by Denise McAllister  02/21/2021
POWERFUL ARTICLE! If you can break away from the limited focus of a 500 character meme imposed upon many through the workings of Modern Day Sorcery and Psyops, and, read it through to it's profound conclusions, this article leads to the path of Higher Truth in Lord Jesus Christ away from the simple faith often being the doctrines of organized Christian religions found today.
How Secession Works (Video)  by Brother Nathanael  01/14/2021
M.L. Chizedek LIBRARY
(LIBRARY CURRENTLY BEING REASSEMBLED)

Because we continue in the doctrinal legacy and mindset of men such as Constantine and Justinian, cling to the limitations of Luther's catechism, and embrace a quasi-Darwinist perception of life, we permit our children to be instructed by an educational system that not only does not possess the Key of Knowledge, but attempts to negate the polarities of the threefold forces of Creation through a false vision of political correctness. We therefore embrace a culture that is in total conflict with the Key of Knowledge -- we worship in churches that parallel the same exact flaw that Jesus condemned in the Sadducees and Pharisees -- and we continue to perceive life through the limitations of an intellect that utilizes less than ten percent of its potential. Moreover, if individual parents even attempt to live and teach their children in accordance with the genuine fundamentals of New Covenant teachings, and imbue them with a vision of the threefold essence of themselves, the scriptures, and Creation, we have empowered the government to take custody away from these parents. In view of this fact, how can we call ourselves a free people? How can we even begin to call ourselves Christian? The truth is that we are neither free, and neither are we Christian in the genuine meaning of the word!
"Allan Cronshaw"

The following link is to the full article in which the statement above is taken. This article defines the differences between "the simple faith" often of modern organized Christian religion, and, "the Higher Truth" in The Way Of Jesus Christ our Lord and Savior King of Kings.

The Pure Revelation of "The Way"

It is not the Holy Bible that deceives, even though, there is evidence that the Bible has been corrupted by carnal man, through errors in translations, maliscious exclusions of such important texts as The Book of Enoch, and, the merger of State and Religion as was the Council of Nicea in the year 325 A.D.
The Bible used by most organized Christian Religions today is adequate for finding the truth within and "preparing" us in becoming one with the true Christ.
The link below is to an important article on biblical corruption by Allan Cronshaw.

THE GADSDEN FLAG  -  A Serpent On A Pole

I have deep feelings about how the name of Christianity has been hijacked by some in America and around the world to fulfill their own self serving needs and vanities as they deny many seeking the knowledge of the mysteries of the Kingdom of God. I have equally deep feelings about the hijacking of the Gadsden flag by some in America for the same reasons.  In particular the so-called Tea Partiers, although many of their arguments may be valid, these people have become a "disgrace" to the true spirit of this flag and its history.  "ML Chizedek"

"And as Moses lifted up the serpent in the wilderness, even so must the Son of man be lifted up:"

CITIZEN MILITIA -  A Constitutional Mandate  -   Not A White Supremacy Agenda

We encourage participation in local, county, and state militia by all able bodied American Christians. Such militia are vital to the protection of communities, counties, and, states against aggression of any sort. Our founding fathers realized the importance of such militia as is evident in the 2nd amendment of the U.S. Constitution. We encourage Christian Militia to be in support of  Local County Sheriffs #1 (or install a better one), Local Law Enforcement Agencies (as where  appropriate), and, U.S. Military (as when appropriate) as added defense of We The People against any enemy aggression and tyranny of any kind (Foreign and or Domestic).

I would highly suggest all "Ready' Citizen Militia are formed, and, operate in accordance with the Constitutional Militia Movement (CMM), and, The U.S. Constitution.  NO SOVEREIGN BUT GOD NO KING BUT JESUS!

Below are several links, and, links to other links, containing vast information on citizen militia, and, the American Militia Theory.

The Heritage Guide To The U.S. Constitution

How Secession Works
What is a Militia?
Support Your Local Citizens Militia
Militia Duty: Defend. Co-operate. Prepare.
When we are alone, we are all militia units of one. When together with others in a situation requiring a defensive response, we have the duty to act together in concert to meet the challenge. Those two component duties, of individuals to defend the community, and to act together in concert with others present, when combined with a third component duty to prepare to do one's duty and not just wait until the danger is clear and present, comprises the militia duty.
Real courage is found, not in the willingness to risk death, but in the willingness to stand, alone if necessary, against the ignorant and disapproving herd. - Jon Roland 1976
The HGA Militia "Good Neighbor Theory" of effectively Net Worked "Ready" Citizen Militia Across all regions of The Republic of the United States of America:
Linked: good neighbor to neighbors, neighbors to neighborhood, neighborhood to neighborhoods, neighborhoods to county (Constitutional County Sheriff being key, see CSPOA), county to counties (beyond State lines being key). Summary being this: Well regulated citizen militia as mandated by the Second Amendment - Bill of Rights - U.S. Constitution, regulated by Constitutional authority and Constitutional Duty of elected (by the people of each county) Constitutional County Sheriffs. (NOTE: This being just an overview of the networking theory not including any of the very detailed underlying structural theory of such militia.)

THE CREED OF FREEDOM

In day-to-day application, The Creed of Freedom can be reduced to just three simple rules. We call them the …

INDIVIDUAL RIGHTS Only individuals have rights, not groups. Therefore, do not sacrifice the rights of any individual or minority for the alleged rights of groups.

EQUALITY UNDER LAW To favor one class of citizens over others is not equality under law. Therefore, do not endorse any law that does not apply to all citizens equally.

DEFENSE ONLY The proper function of the state is to protect, not to provide. Therefore, do not approve coercion for any purpose except to protect human life, liberty, or property. (This is the principle of non-aggression.)

THE CREED OF FREEDOM

Another way of viewing these principles is to consider them as the three pillars of freedom. They are concepts that underlie the ideology of individualism, and individualism is the indispensable foundation of freedom.

The WICKED MANIFESTATION on earth in carnal form is a hierarchy of individuals, corporations, organizations, and, governments.

Between the living soul of mankind and the spirit is the human mind. Utilizing illusions of technology such as television (Modern Day Sorcery), government controlled education of our youth, and, a general lack of knowledge in our uncreated Heavenly Father and Jesus Christ our Lord and Savior, this WICKED MANIFESTATION is able to maintain control over the earths masses by the deception it doesn't exist.

One Half of the BEAST that was, and is not, and yet is (Reference REVELATION 17:8).

The link below identifies this BEAST in carnal form and explains the hierarchy of its structure.

THE DECEPTION OF WARS

Our country has become captive to a WICKED MANIFESTATION over the last 25+ years, this WICKED MANIFESTATION is the combination of our U.S. Federal government, great merchants of the earth, and, powers and principalities (spiritual wickedness in high places). Using sorcery in the illusions of modern technology they have greatly subverted the collective human mind. Their need of human slavery to accomplish their goals of world domination have greatly diminished with the great advances in machine automation, and, industrial automation over the last 25+ years. Many humans have become liabilities or what they call "useless eaters".

The link below is to an article concerning the use of war by deception to both further their goals of world conquest, and, wickedly discard millions of humans to the fate of death. This article ranges back to WWI, and, is a great history lesson about wars since. (At this article's end, the writer suggests some views on Islam and Christianity, which are made in my opinion from his lack of knowledge in Jesus Christ, even though the distorted truth about Islam he refers to has probably been manufactured by the globalists as he suggests. Still a good history lesson I suggest Americans read.)

By Way of Deception, We Shall Do War

This a is a very interesting article on mind control theory. I first read this article many years ago. I have to say from my experience I cannot discount what is written in this article even as fantastic as it may seem.

Something is very wrong with the masses here in America almost as their minds are totally consumed with trivial information while ignorant of the serious abuses to humanity and Mother Earth being implemented with money they contribute in the form of government taxation by the WICKED MANIFESTATION that has nearly consumed mankind.

How can we open the door (The Higher Gate?) to higher and higher vibration frequencies? Knowledge is the key to that door, awareness opens it. Application of one's awareness walks one out of darkness. With enough personal awareness comes your spiritual freedom, and it's closer than you may think.